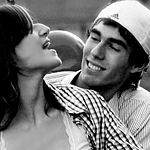 my most recent work - the Cawood Sword