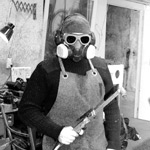 By DGentile,
June 6, 2012 in Pinned Tools and Toolmaking