A viking sword from Suontaka 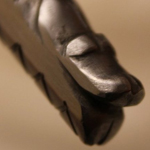