What did you do in your shop today? 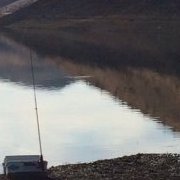 Coffee etch and a little oil.. very happy with it. My grinder finally broke down so no handle or any more knives for a while, but there’s an ameribrade 2x72 coming soon.

Got my first 72" grinder up and running. I tested it out and profiled a little edc. What would normally take me 20 minutes took me 5 minutes. Looking forward to some bigger knife projects in the futur