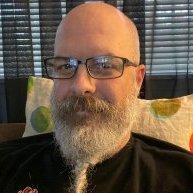 In a follow up to another post, I told them that I would tell how I heat treat 80CrV2. I broke a blade after this heat treat and had great grain on it, and it was tough and hard as hell, so here is h

No apologies necessary!  (And no I didn't, I just copy and pasted your name )

As I understand it there is a wide window of results you can get depending on the way you cycle the steel. So it can vary in toughness and hardness. Aldo might have the info and I think Kevin the prof