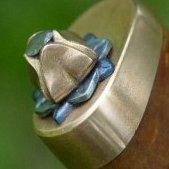 By Viktor Johansson,
November 27, 2017 in Bloomers and Buttons