Tomahawk for a Horse 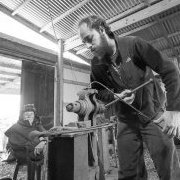