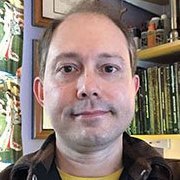 By Ted Stocksdale,
October 8, 2021 in Tools and Tool Making