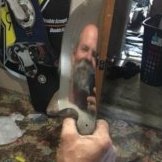 By Kreg Whitehead,
December 14, 2022 in Bloomers and Buttons