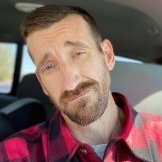 Hey yall. Just joined, figured I'd take the time to introduce myself. I'm new to bladesmithing, but its something that I've always felt has been coming for me. My day job is as a tanker driver in the

I live in South Africa and I manage safety, health and environment for a company that makes die-forged aluminium parts for motor vehicles. Our forge is 2 stories tall and pumps out one part every 3 se